SINGLE AND READY TO MINGLE: THE PROS AND CONS OF A MULTICELLULAR LIFESTYLE

Multicellularity is an exception, an extravagant and very expensive state, a luxury that very few organisms can afford from an evolutionary perspective. In addition, being unicellular allows you to be a cellular bachelor for life, independent and with no responsibilities towards anyone. Therefore, it still remains one of the greater mysteries of modern biology what convinced some cells to take the big step and to inseparably link their fates to others as part of the same entity.

Life started in the oceans and stayed there for a very long period of time. Imagine for a moment that you are a happy single cell swimming alone in the infinity of the oceanic depths and your only worries are to eat and reproduce. Your size matters; the bigger you are, the more options you have for your lunch menu and at the same time less possibility of being the lunch of somebody else. In a parallel universe, cells might just grow bigger and bigger without any limitations, but in ours the square-cube law doesn´t permit it. This principle states that, as a shape grows in size, its volume grows faster than its surface area. Consequently, a good solution for organisms wishing to grow larger was to stick together, specialize and cooperate.

Sharing the same living space with other cells can liberate you from the obligation to perform all the tasks by yourself; division of labour, known as differentiation, was a clear advantage of multicellularity that permitted organisms to develop elaborate structures. In addition, multicellular organisms can live longer and protect their propagules or gametes in a safe internal environment until they decide on the perfect time to reproduce – probably the most important advantage.

Of course, nature is not famous for being a charitable organisation, and the greater the benefits, the bigger the cost. Multicellularity implies close interactions and intercellular dependence; just a small amount of damage to a vital organ can lead to systemic failure, in other words it is a death sentence. Cells that join the multicellular brotherhood are also prepared to sacrifice themselves for the greater good at any time that is needed through a protocol known as programmed cell death or apoptosis; just take a look in the mirror and think that all your cavities were once filled with cells that voluntarily killed themselves to make some space. Last but undoubtedly not least, in some cases “rebel cells” arise and try to harm the community; this happens either because they are confused –as in autoimmune diseases- or because they become selfish – as in cancer.

To sum up, there is more than one way to do things and to be adaptive. Individuality offers independence whereas co-operation and specialisation bring flexibility. Whatever works! 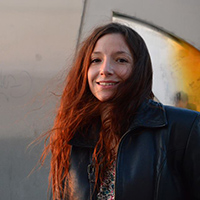 I received my BSc degree in Biology from National and Kapodistrian University of Athens in 2015. During my bachelor studies, I conducted a six month Erasmus Placement internship in the microbial biotechnology lab of Dr. Margarita Orejas in IATA-CSIC in Valencia (2012-20013), studying the rhamnose transporters of the filamentous fungus Aspergillus nidulans. In 2016, I acquired my MSc degree in Biodiversity (Evolutionary Biology) from University of Barcelona.