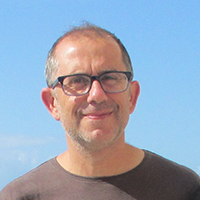 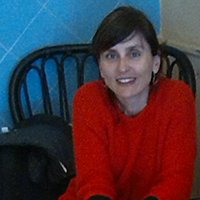 Elena Torrecilla is the Project Manager of the Marie Skłodowska-Curie ITN SINGEK. Her long-standing interest in science, technology and research originated during her studies in Optics and Telecommunications Engineering. She holds a PhD in Marine Optics from the Universitat Politècnica de Catalunya (UPC, 2012), focused on the development of new processing methodologies applied to hyperspectral optical oceanographic data with the aim to improve the current capabilities to automatically identify different phytoplankton pigment assemblages in the ocean. She has also experience teaching to undergraduate students as a part-time lecturer during several years (Dept. of Optics, UPC). Since 2010, she has acquired further experience in science management and dissemination, working as project officer at the Institute of Marine Sciences (ICM-CSIC) in different European projects (ESONET Network of Excellence – EU FP7, PHYTOSCOPE -Total Foundation, …). 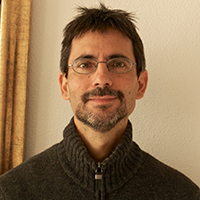 Iñaki Ruiz-Trillo is the Scientific Officer of the Marie Sklodowska-Curie ITN SINGEK. He is an ICREA Research Professor at the Institut de Biologia Evolutiva (CSIC-UPF) in Barcelona. His educational background includes a B.S. in Biology from the University of Barcelona. He earned a Ph.D. in Biology from the University of Barcelona. During his PhD he worked in improving the metazoan phylogenetic tree. Using molecular tools, he showed that acoel flatworms are not members of the Platyhelminthes but rather an independent lineage. He completed a post-doctoral stage at the Dalhousie University (Canada) working on eukaryotic evolution using EST data. His current research interests include the study of the molecular mechanisms involved in the origin of multicellular animals, the analysis of genomes of different protists, the study of higher phylogenetic relationships of eukaryotes, and the understanding of the genetic repertoire of the last eukaryotic common ancestor.