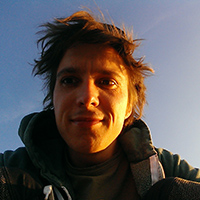 After my Bachelor’s in Biology, I graduated at the Ludwig-Maximilians-Universität Munich (LMU) Graduate School for Evolution, Ecology and Systematics. In my Master’s project in aquatic ecology, I examined the diversity dependence of spectral light-use efficiency in phytoplankton communities. I implemented a trait-based approach using spectroscopic and fluorometric measurements to analyze light-use efficiency of assembled laboratory microalgal polycultures and natural phytoplankton communities of different species and functional richness.

My scientific focus is on plankton ecology, regarding the implications of biodiversity and community assembly on ecosystem functioning, particularly concerning the role of functional trait dynamics in phytoplankton communities and their environmental feedback effects. I was furthermore isolating and cultivating endosymbiotic dinoflagellates to perform ecophysiologic laboratory experiments and genetic analyzes, lately. Besides topics in experimental aquatic ecology, I spent time on stochastic processes in population genetics of introduced species, as well as on genomic variation in insect phylogeny.

I am now looking forward to working on the SINGEK ESR 13 project: ‘Next-Generation microbial population genetics using single-cell genomics’, together with my supervisors Professor Karin Rengefors and Dag Ahrén (PhD) at Lund University, and focusing on genomic variation and dispersal patterns in the invasive microalgal species Gonyostomum semen (Raphidophyceae). By investigating the differentiation among populations of this phytoplankton species that is known to cause nuisance algal blooms, I would like to contribute to exploring the implications of ecologically relevant biodiversity on a population genomic basis utilizing single-cell genomic amplification methods.