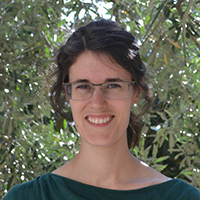 In 2009, I started a BSc in Biology at the University of Girona. During my bachelor, I completed an internship at the European Molecular Biology Laboratory (EMBL Heidelberg, Germany), where I studied the evolution of microbial cooperation interactions. Thereafter, I joined the Molecular Microbial Ecology group at the University of Girona to carry out my bachelor’s final project, which consisted on establishing synthetic biofilms to investigate the effects of spatial organization on bacteria denitrification capacity. I soon became interested in the infinite possibilities that bioinformatic tools offer us to answer biological questions, and after graduating I enrolled in the Master’s programme in Bioinformatics for Health Sciences, jointly organized by the Pompeu Fabra University and the University of Barcelona. I completed my master’s thesis at the Institute of Marine Sciences (ICM-CSIC, Barcelona), focusing on a comparative study of picoeukaryotic and prokaryotic phytoplankton diversity in the global ocean.

From now on, I will be working on SINGEK ESR 8 project. Along the next years, we are going to use a combination of meta-omics data and Single-Cell Amplified Genomes generated from Tara Oceans circumglobal expedition to explore patterns of functional and phylogenetic diversity of mixotrophic protists in the global ocean. The major accomplishments expected from this project are to (i) characterize the global relative abundance and richness of photosynthetic and mixotrophic groups in marine ecosystems; (ii) characterize and compare the metabolic patterns of mixotrophs that follow different nutritional strategies, and describe functional signatures that could allow distinguishing them; (iii) compare the functional versus phylogenetic structuring of such functional signatures across the diversity of marine eukaryotic genomes/transcriptomes; and (iv) integrate patterns of functional diversity into models of plankton ecosystem accounting for mixotrophy.