THE WHO WITH WHOM? 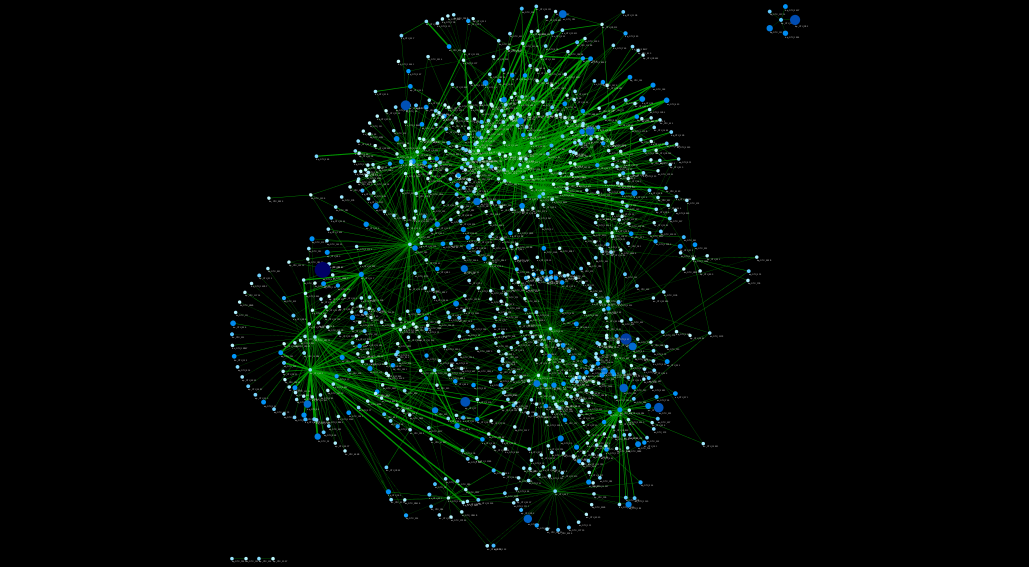 This network contains dots (called “nodes”) and lines (called “edges”) combining two dots with each others. Each microbial species is represented by a node. If there is an interaction between two species, we connect the nodes by an edge. All nodes and edges combined constitute the marine microbial interaction network.

Just as we interact with other people, living beings, and nature, microbes also interact with their surroundings. To understand the marine microbial ecosystem, we need to understand these interactions. Phenomena like climate change can have a negative impact on this system. However, the marine microbial ecosystem is fundamentally important for example the food chain, oxygen production, and storage of carbon dioxide.

In my work, I use a mathematical construct that is helping us to order, structure, visualise, and ultimately understand interactions between microbes. We call this construct “network”: it contains dots (called “nodes”) and lines (called “edges”) combining two dots with each other. Each microbial species is represented by a node. And if and only if there is an interaction between two species, we connect the nodes by an edge. All nodes and edges combined constitute the marine microbial interaction network.

The problem with this approach is that these predicted interactions do not necessarily mean that there is also a real (true) interaction. In fact, the program predicts too many interactions of which we believe not all are true, e.g. we obtain networks which contain too many edges. These networks most likely fail to give an adequate overview of the ecosystem, and are not helpful to understand the ecosystem.

We can use environmental parameters to remove potentially false edges. Imagine two microbial species that grow in number when the temperature rises, and decrease in number if the temperature drops. Over the years, you could observe a pattern in which the number of those microbes rises in summer, and goes down in winter. Mathematically, the program would predict an interaction, but biologically that is not necessarily true, they maybe just both like warm temperatures.

Currently, we are working on a computer program that identifies such cases. In addition to the list of the number of microbes, we include information about the environment (e.g. temperature, salinity, or the amount of other substances such as chlorophyll and dissolved oxygen). For each edge, we determine how strong the interaction between the microbial species is, and we determine how much evidence we can find for the interaction being biologically not true by considering those environmental factors. If we believe that an edge is not representing a real biological interaction, it is removed from the network.

We have different possibilities to then proof that there is really an interaction between two microbial species. We can use “Single Cell Genomics” for example. In recent years, this field which investigates one single cell at a time has grown rapidly. Sometimes, researchers find that it is not possible to separate cells. Maybe because one microbe was eaten by a second microbe, or because they live in symbiosis in which they are maintaining a physical connection. These cases are strong indicators for true network edges with a real biological meaning.

There is also a lot of literature already published about specific microbial species and their interactions to other species. We try to automatically parse the literature and we are confident that a predicted network edge is true, if an interaction has already been described in those papers.

Marine microbial interaction networks can represent the Who with Whom in the ocean, and can help us to improve our understanding of these complex ecosystems. Our next step is to make predictions about what will happen if one specific microbial species suddenly disappears, e.g. dies out. How will this affect other microbes, the whole marine ecosystem, and ultimately also us humans? Will the death of one microbial species result in other microbes spreading? Or will this start a chain reaction leading to the death of microbes, and possibly fish or even mammals? 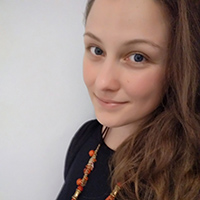 Beginning 2015, I was a visiting academic at the Allan Wilson Centre, Biomathematics Research Centre (University of Canterbury in Christchurch, New Zealand). In 2016, I obtained the Master of Science degree in Biomathematics (Ernst-Moritz-Arndt University in Greifswald, Germany).